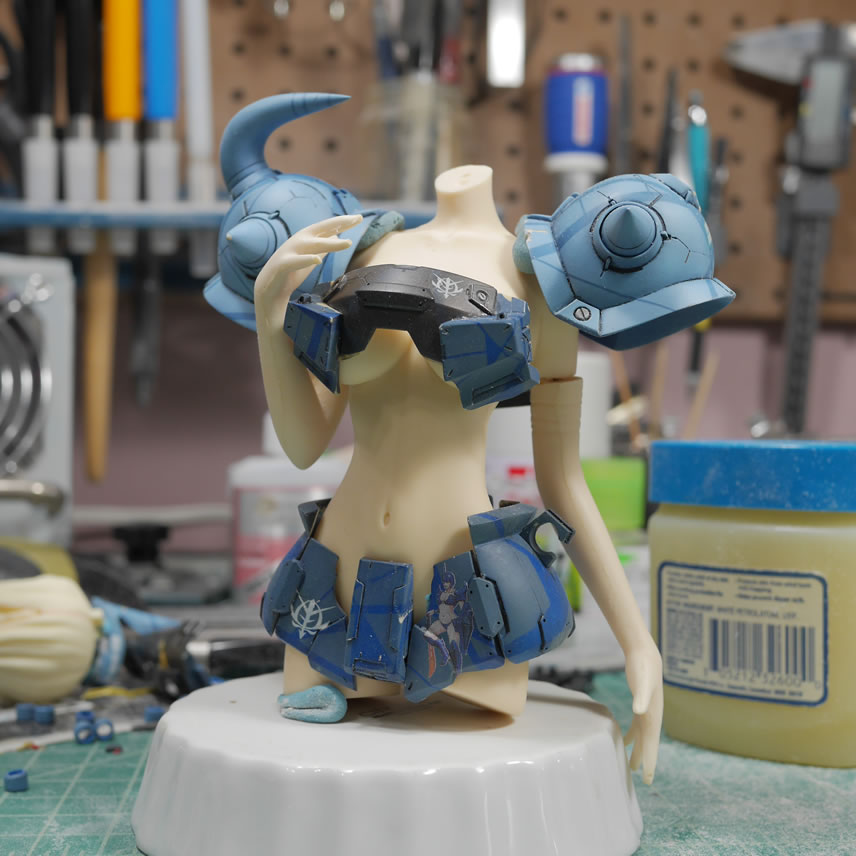 I love build gathering for the simple fact that a ton of my goofy ideas result from build interactions with my friends. I’ve been struggling to work on projects for the past two virtual build gatherings. The Ford Mustang GT4 stagnated from frustration. And then I started on an RG Sazabi that I have an idea for, but the motivation for that kit just wasn’t there. I’ve managed to snap the legs and part of the waist in May and started back on it to finish off the waist and upper torso this past build gathering before just boxing the damn thing up and moving on to a more interesting project.

There is a little history for this project. And I have been known to take previously finished projects and just rebuild them. The Neograde Gouf Custom conversion for the MG gouf 2.0 kit was finished almost 10 years ago: Neo Grade Gouf Custom Build. This one is a little different, it was displayed at a local hobby shop and was damaged from a customer handling it. (I have no idea why a hobby shop would allow a customer to handle kits in their display case). But it happened several years ago, almost 5 years ago: Broken Neograde Gouf Custom. And since then, it has sat in a box. Well, not really, it was taken out and used as a reference for the Gouf Custom Zaku Exceed Head conversion and Bust kit I made; that is still available for purchase here: Gouf Custom Zaku Exceed Conversion kit and bust for sale!. But back out of the box and this time, really ripped apart.

More details for this “new” project after the jump.

END_OF_DOCUMENT_TOKEN_TO_BE_REPLACED

Continue ReadingAnd now back to some Gunpla, sort of … 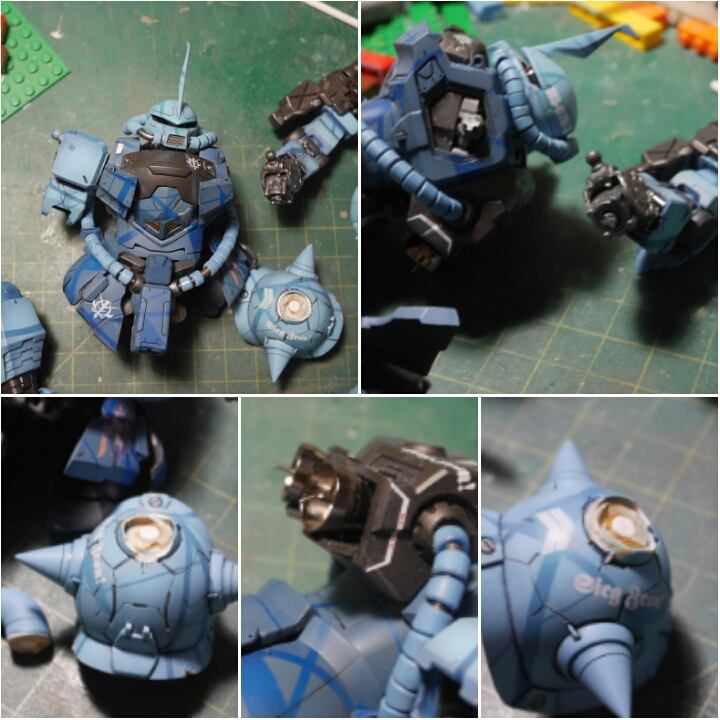 5 years ago, I built a Gouf Custom conversion kit using the Gouf 2.0 frame and the resin conversion kit from Neograde. Looking back, it was a fairly quick build that took only about a month, but then again, I think I spent quite a few hours in that month working on the damn thing: Progress Page. I added in an LED in the head that was completely self contained within the head and wrote a quick tutorial for that as well. And the pictures below were taken from the completed page.

For the past several years, this kit has been on display at one of our local gunpla shops. Some of our fellow model builders have sold their kits to collectors via this shop, so I put a little price tag on the kit as well. There have been some incidents that have resulted in some damages to kits in the display case because of a fairly large earthquake and some sun damage to paint. But so far, the kits I’ve placed in the case have been fairly lucky. At least until recently, and the luck has run out.