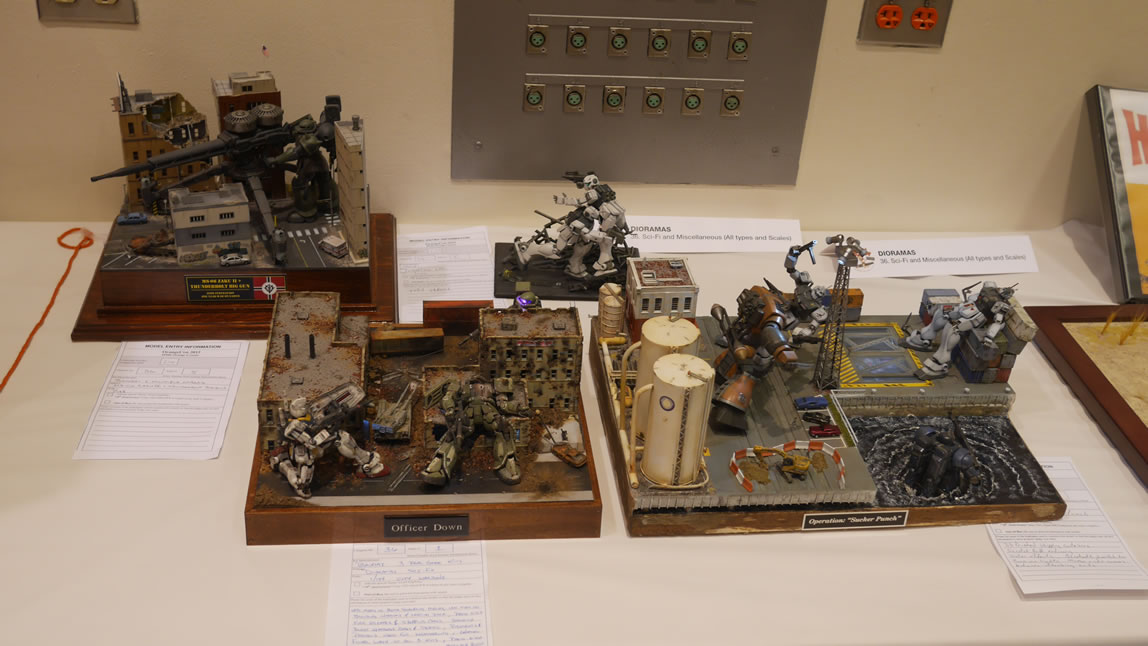 END_OF_DOCUMENT_TOKEN_TO_BE_REPLACED

Last weekend was IPMS OC’s annual OrangeCon event. A group of Those Gundam Guys went and pretty much ruled the Gundam category. One of the tank builders did make the 1/35 scale Hovertank from 8thMS Team, very nicely done. Angel picked up Third place with his Unicorn, I grabbed a Second for my Efreet Custom, and Mike, one of the newer guys to our build gatherings picked up 1st for his Patchwork Sazabi. Which also picked up Best Sci-fi, and with the running of Best of Show, was the one of two kits battling for that award, only getting inched out by Sean’s incredibly well built ship (not a ship guy so, I forgot the name). Not too bad for the new guy who picked up airbrushing from attending last year’s SCGMC.

Which is the perfect segue into the little video I made to help promote the event that is a little less than a month away.

END_OF_DOCUMENT_TOKEN_TO_BE_REPLACED

Weekend update: I finished building the Sol Tekkaman commission, finished the SD Gundam NT1 Alex, and entered the two, along with 4 other kits into IPMS Orange County’s annual OrangeCon competition. This was an exhausting weekend.