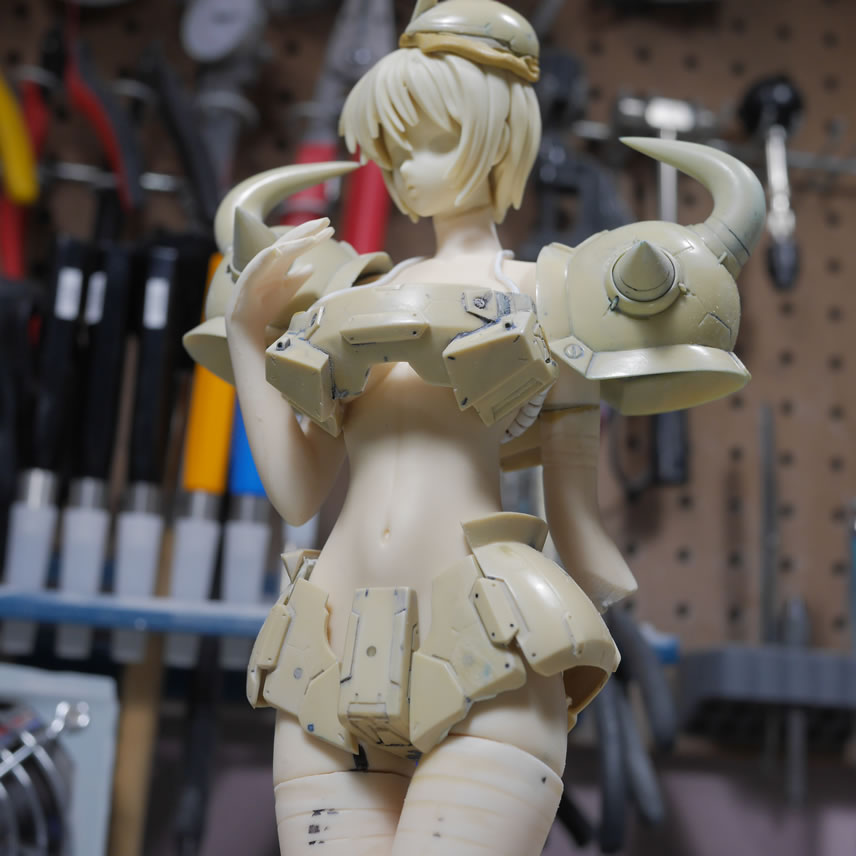 Weekly update time. Motivation for this project is still pretty damn high and I’m having a crap ton of fun working on this project. Years ago when this broke, I just didn’t feel like fixing it because it would have required a complete repaint for some of the parts with custom mixed paints I no longer had so getting the color match would have been impossible. Fast forward to last week, I finally started the repair process. Below are comparison pictures for the broken shoulder piece. The curved spike broke off the pauldron. The spike was glued back and epoxy putty is applied when I first started working on the project.

Once sanded down it starts to look close to the original. The spike insert area also had a little bit of a space, so that was scribed in with some BMC chisels. There are some detail bits that were lost on the break, so a small piece of styrene works to repaint that area. Not too difficult a fix, but a little labor intensive.

Tons of pictures and more progress details after the jump.

END_OF_DOCUMENT_TOKEN_TO_BE_REPLACED 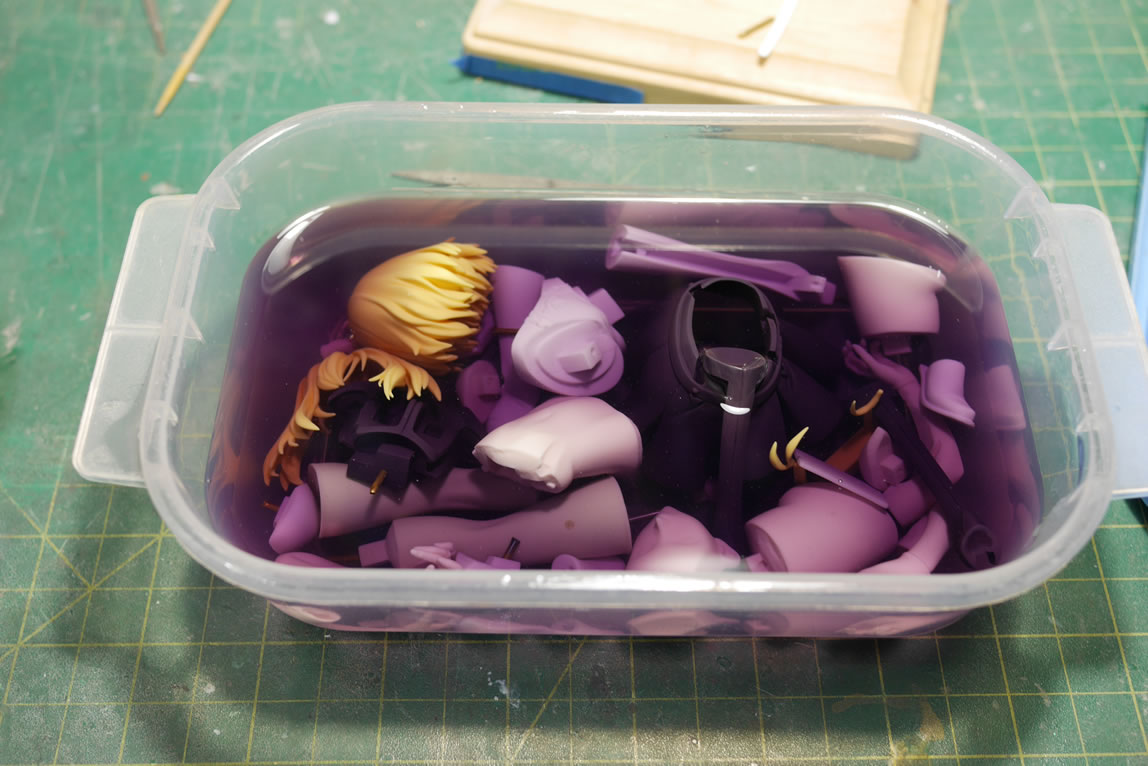 Time for the first resin figure project of the year. This has been a fairly productive year so far with finishing a number of gunpla project. Time to get at least one figure kit. I picked this kit up at Anime Expo at the Volks booth. They were there last year and back again this year. They even have a location in Torrance, so if I ever need to order something, I believe I can pick it up at their warehouse. Damn cool for folks that have had trouble getting original resin kits. And these are not your run of the mill resin figure kits. These have a high level of quality control. They are engineered using the bandai gunpla model; everything is molded in color. The color separation for these kits are insane. Last year, I grabbed a Revy kit from them and I was sold. You just shake the box and the kit’s done. It’s that friggin simple. Ok, maybe not quite that easy; but if you’ve ever built any other resin anime figure (original or recast) try these Volks kits. For anyone interested in trying their first resin anime figure kit; get a kit from Volks. The comparison is akin to building a macross kit from hasegawa to building any bandai gunpla kit released in the last 5 years.

Last week, we had our July build gathering and the goal for the day was to get her semi cleaned up and pinned together. Like most other Volks kits, she has some options. She comes with two sets of right arms to hold up a sign or her jacket. Pinned together, I have her holding the jacket. Again, the pictures below show the kit as is out of the box, pinned together. The color separation and engineering is amazing.

END_OF_DOCUMENT_TOKEN_TO_BE_REPLACED 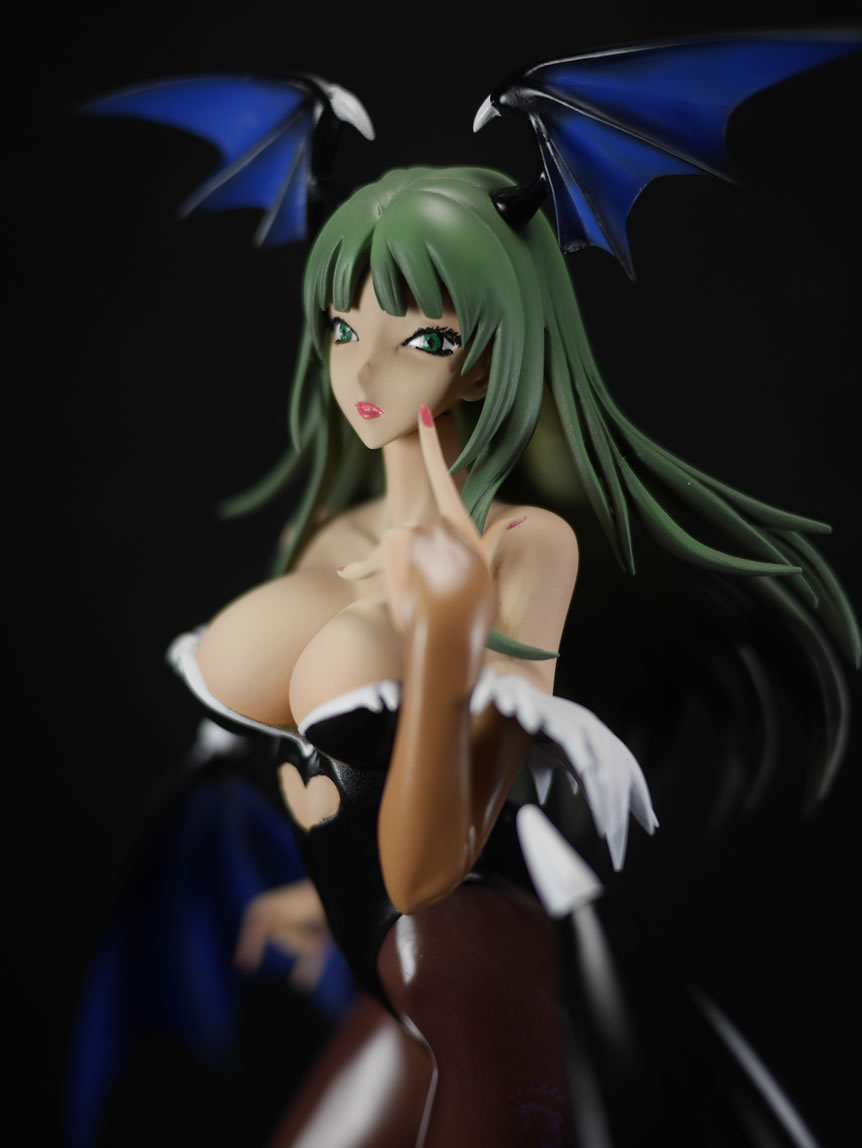 While updating my Completed Figures Page, I noticed that there was a missing figure, the Morrigan that I finished in 2012. I searched my site and didn’t find it and remembered that I had rushed to finish it for Orangecon in 2012 and was planning on taking completed pictures. We see how well that plan turned out. So since the photobooth is still set up from the Yukari shoot, I dusted off Morrigan and snapped a few quick pictures. Instead of bats, I used my personal logo, and it didn’t turn out as great as I was expecting. There is plenty of evidence of a rush job, but nothing I can do now – unless I strip it and start from scratch. It’s easier to move on to the next project.

END_OF_DOCUMENT_TOKEN_TO_BE_REPLACED 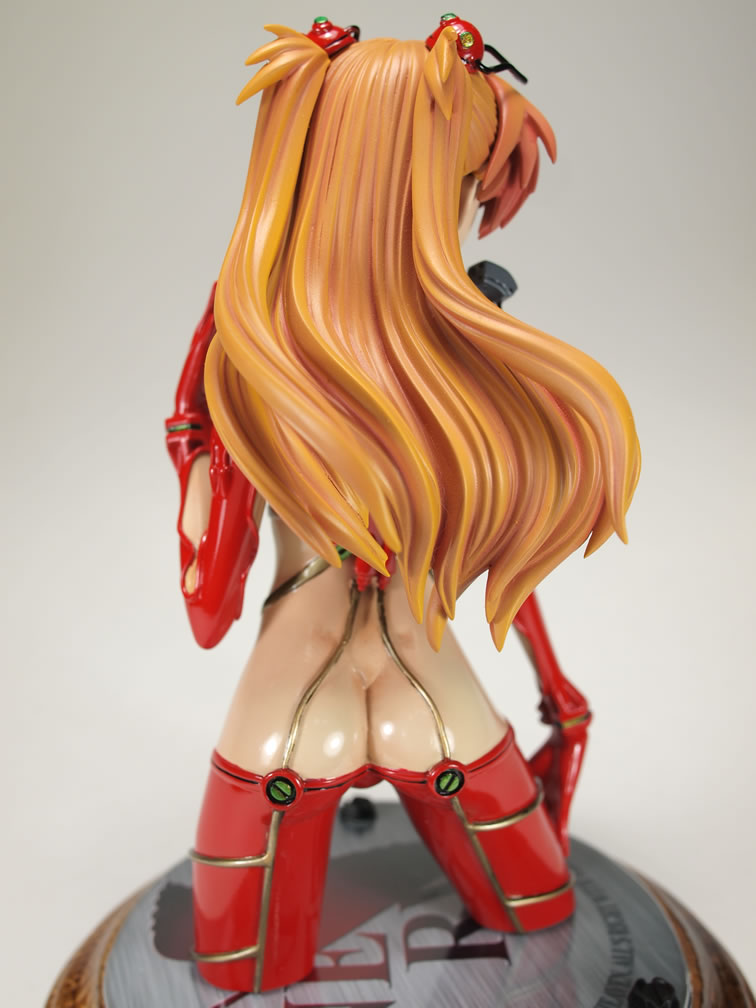 Last night, I got the decals and final touch ups done. I also glued the head pieces to the hair and glued the arms and back plate to the main body. After the decal setter completely dried, a quick shot of clear gloss was sprayed over the main body and it was left to sit for about a day. Today painted in her lips and glued the head to the body. I also placed the final magnets into the leg areas so that the kit sits attached to the base solidly. The kit came with a little doll that she holds but I just found the thing a little too creepy. Additionally, I didn’t make any sort of attachment point for the doll to her left arm, so I’m just leaving it out. The doll is mostly painted, I just didn’t get around to painting the eyes. Regardless, since I’m leaving that piece out, I didn’t feel the need to finish that part up. Check out the completed pictures in the gallery after the jump.