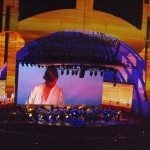 Friday night, a group of us headed out to the Hollywood Bowl for one of their lease events, Star Wars in concert. It was an interesting experience getting everyone to the event, especially on a Friday night after work dealing with traffic and everyone’s respective schedules. Brandon had gotten the dates mixed up and would have completely missed it if it wasn’t for Yuki’s facebook post about getting on the Pasadena shuttle down to the bowl. He biked there and made it right in time. I had made a dinner of soysauce chicken and salt and pepper pork with rice. And yes, I did bring my rice cooker as my rice carrying tool. No glass bottles meant we chugged as many of Angel’s sodas. Pete and Kris were already inside the bowl by the time we got there so there wasn’t anyway they could come out and eat with us at the picnic tables outside the bowl, so I packed them some food in a container to hand off to them when we got into the bowl.

Brandon arrives not too long after we get to our seats and he’s all smiles with his red lightsaber in one hand and a beer in the other. The event was narrated by Anthony Daniels, the guy who voiced C3P0. They played most of the major music pieces from all 6 episodes. I snapped a few pictures, the low light was a bit of a bear to deal with especially since I didn’t have a tripod to set up; I had already gotten away with bringing the damn setup into the bowl. I think carrying a rice cooker with me just had the guys checking our bags giving up on finding out what of strange things we had brought. The mass of people trying to get in helped that cause. Here are the pictures I took. 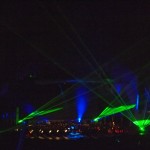 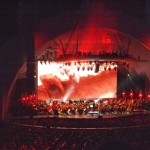 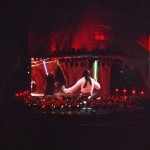 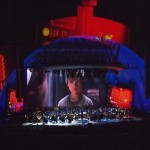 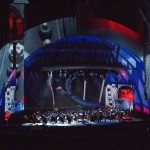 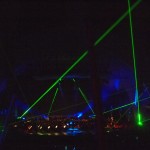 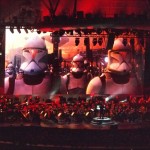 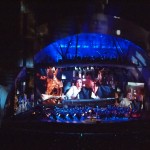 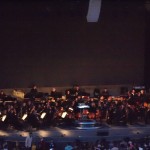 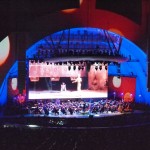 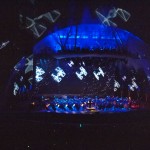 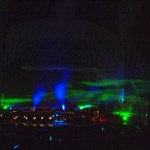 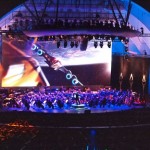 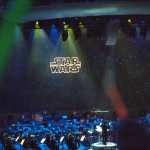 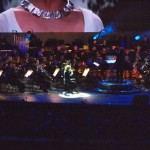 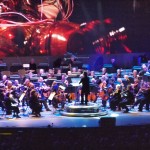 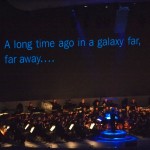 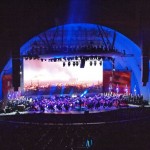 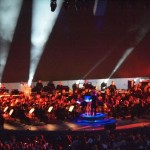 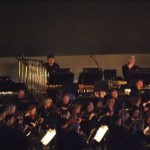 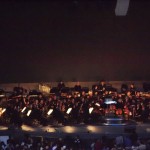 I also recorded the last scheduled song for the evening, well most of it anyhow. It was a pretty good evening, a little expensive, but it’s a lease event. I do like the John Williams concert better as the variety of music is much wider, and he always plays at least one thing from the real Star Wars trilogy.