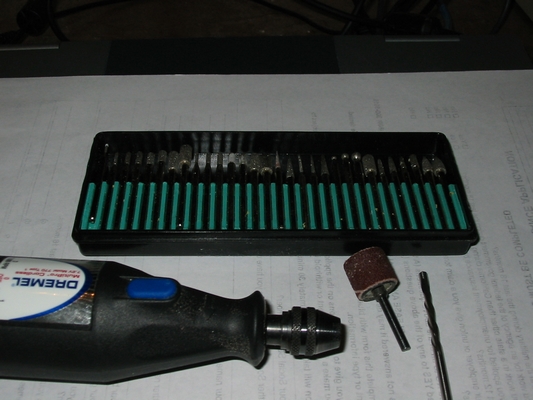 The following is and example of damage resulting from rubbing up hard against rocks or a direct hit from a rather big weapon. The first set of pictures are before shots followed by after the damage is applied. These effects were created using the dremel too and the sanding attachment. The damage was created by slowly sanding from different directions to the armor. Rotating the armor and sanding the targeted area creates this effect. 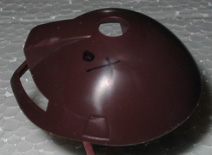 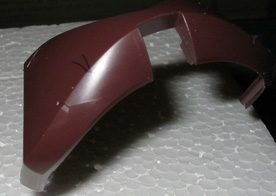 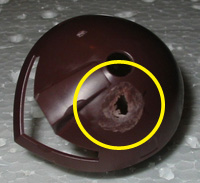 The following damage techniques is applied to broad areas of the MS where substantial damage can occur. These areas are usually wide areas that stand out on the MS such as leg armor and shoulder armor. The following pictures are process pictures from start to finish. The first step is to plan out how you want this damage done. MG kits come with great internal details that show where strength points of the armor lie. I just drilled pilot holes with the dremel, then carefully cut as close to these guides as possible, then finished up using the hobby knife and sanding to straighten the cuts out.

The first set of pictures is the leg armor from a MG Gogg, I drilled pilot holes, cleared up more plastic according to the detail lines inside the armor, then did some final clean up. Before the last picture of this set, I used the dremel and sanded down the damage areas. Then using a hair dryer, I heated the plastic and flared out some of the damaged areas. The last picture of this set shows the piece after all the damage techniques have been applied and painted in the base color. 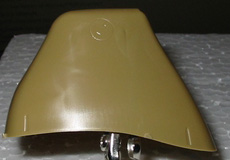 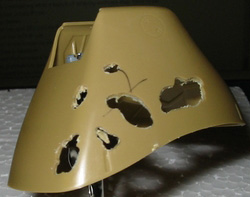 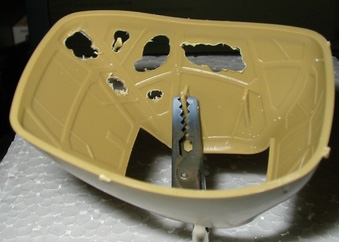 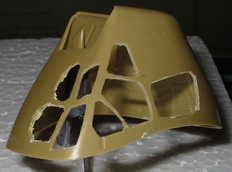 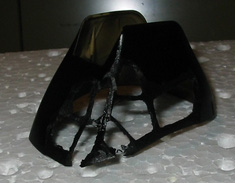 The following pictures are from the shoulder piece of the MG Gogg. I used the same process as with the leg. 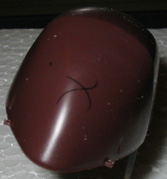 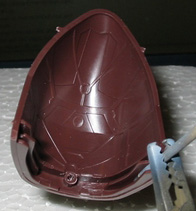 The completion of these damage effects are paint, dry brushing, and pastels that have already been covered in previous tutorials.